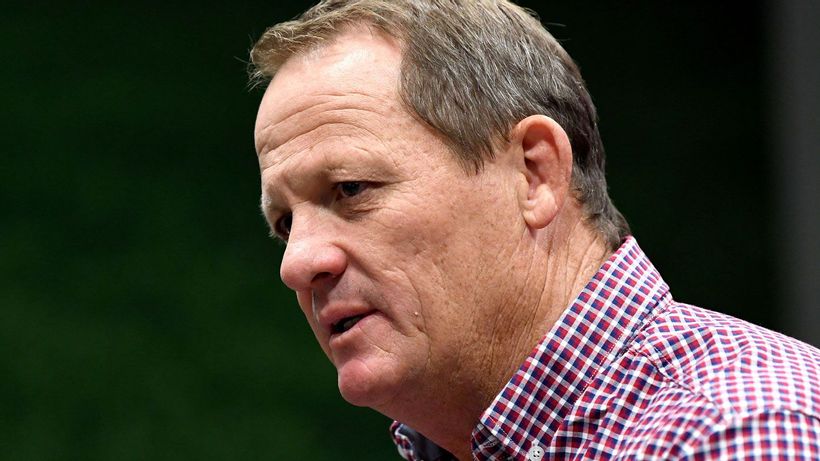 Brisbane Broncos coach Kevin Walters has shown his first sign of frustration with the roster he’s inherited in a fascinating press conference that probed the difficult first five weeks of the season for him and the club.
Pressure is mounting on Walters early in his three-year contract due to ugly on-field results, which have seen him lead his team to just one win from the opening five rounds.
The only team the Broncos have beaten are the woeful Bulldogs, with that performance overshadowed by a 40-6…